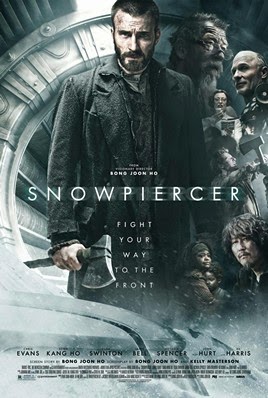 I love it when movies that were never on my radar are suggested to me. I never saw a trailer, theatrical poster, nothing about this movie. It came out about 2 weeks ago, and people have told me that I need to see it. I watched the trailer on-line, and I seriously wasn't impressed. I would have passed on this movie, but more than 1 person said I needed to see it, so I took the chance on it. I walked out of the theater happy I did.

What can I say about this movie. It is suspenseful, action packed, and totally enthralling. I was about to lose my mind with this story. This is a Korean science fiction film, just to give you an idea of type of action and story you are in for. This movie was directed and filmed wonderfully. I was on the edge of my seat for most of it. And can you say Tilda Swinton...will blow your mind. Her character was my favorite, although there are a number of great performances and characters throughout. Chris Evans was cool...not outstanding, but good enough to keep the story going, so I will give him kudos for that. What I enjoyed most were the scenes with shock value. You know how a movie throws you off by popping up with something way unexpected? This is one of those films. I wasn't totally pleased with the ending, but that was only 10min of the story that was unsatisfactory, so I'm not gonna harp on it. 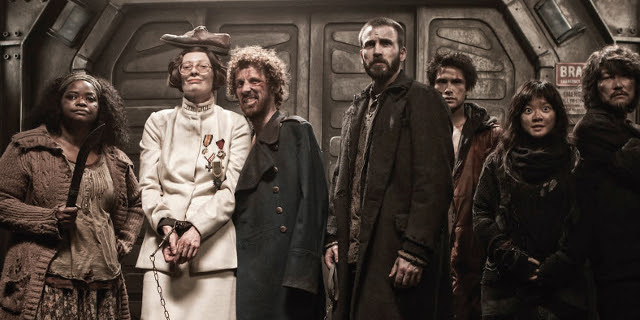 I was surprised at how much I enjoyed this film. If you are looking for an entertaining movie that will give you more than a simple plot with cute action sequences, then this is the movie for you. This movie is full of emotion, and jaw-dropping scenes. If it's in your area, I recommend you see it.
Diposting oleh Unknown di 07.39